The SUZA association (the Alliance of Animal Protection Associations of the City of Zagreb) received a witness report on April 29, 2011 about a large number of dogs being kept on a location on Brestovacka cesta bb (about 300 meters from the tennis courts in Brestovacka 150) in highly inappropriate conditions. Based on the report, SUZA investigated the allegations from the report in said location on May 9, 2011, and discovered a large, 1,000 m2 fenced area, with several 1x1 m wire cages located inside the fence. The cages were found at two locations in the fenced area. Two dogs who could not even stand up straight, let alone move due to the inappropriate size of the cages were discovered in one group of the cages. No food or water bowls were discovered in the vicinity of the caged dogs. It was not possible to confirm whether there were any dogs in the second group of cages located on the other side of the fenced area without entering the area, so it was impossible to rule out the possibility of more dogs caged on the location. Beside the caged dogs, two Belgian Shepherd dogs on 2-2.5 m long chains were also discovered inside the fenced area. One of the dogs was chained to the fence, and the other dog was chained to a tree. The dogs were out in the open with no shelter or a dog house.

On May 10, 2011, SUZA filed a report with the veterinary inspection for keeping a number of dogs in inappropriate conditions, meaning that the owner of the dogs violated the provisions of the Article 4, paragraph 2, items 13, 16 and 21, and Article 48, paragraph 1 of the Animal Protection Act. The veterinary inspection was urged to issue an injuction against the owner, and to temporarily seize the dogs from the owner pursuant to Article 64 of the Animal Protection Act, and place them into the Shelter for Abandoned Animals of the City of Zagreb in Dumovec until the owner provided appropriate living conditions for the dogs.

After filing the report and sending a rush note on May 23, 2011, SUZA was notified by the veterinary inspection on June 9, 2011 that the owner had provided better living conditions and moved the dogs to a new location in Marija Snježna bb. It took several months for the SUZA employees to find the dogs at the new location.

On March 26, 2012, SUZA filed a crime report against an unknown owner with the Municipal State Attorney’s Office for keeping about nine dogs at a location in Zagreb, Marija Snjezna bb, in Cucerje, in extremely small and cramped wire cages and wooden cases, with no possibility of movement and mutual contact and with no access to water, causing unnecessary daily suffering and torment to the animals over an extended time period. Photographs faithfully documenting the described living conditions of the animals were included with all reports.

On January 10, 2013, SUZA sent a rush note to the Municipal State Attorney's Office in which they sought feedback on whether the identity of the dogs' owner was ascertained and whether an injunction was issued against the said person, because of the fact that all of the dogs were in a life-threatening situation at the time of the filing the report.

This is only one of many examples which clearly demonstrate that the laws designed to protect animals are not being enforced, and that the associations and individuals who wish to help the animals crash against a brick wall of bureaucracy, while animals suffer and die. It is unfathomable that the relevant institutions have not responded to two years of consecutive reports which warn about the life-threatening condition of animals and the urgent need to intervene and help. This example again proves the necessity of establishing a specialized Animal Protection Inspection with the primary task of rescuing and protecting animals from neglect, torture, abuse, and killing. In view of the institutions' apparent inability to help animals, it is also necessary to bring animal protection issues down to a local level, and to grant certain authority to animal protection organizations, making it possible for them to act regularly and legally for the protection of animals.

We appeal to citizens who notice animals being kept in inappropriate conditions to file a report (preferably including a photograph of the animal) with the relevant veterinary inspection according to the place of residence, or at the email address prijava@mps.hr. Animal abuse and killing is to be filed with the police, who ex officio submit a crime report to the Municipal State Attorney’s Office. Citizens can also submit a report.

Any complaints or objections on the inaction of competent institutions and non-enforcement of legal provisions dealing with animal protection, as well as suggestions for better legal protection of animals, can be sent to the following email addresses: 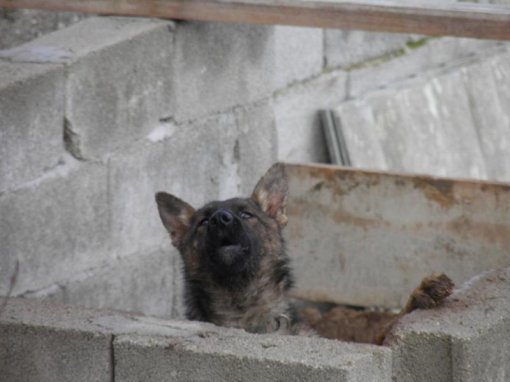