01/13/21 The devastating truth: The earthquake was salvation for many animals

- Instead of the country, the volunteers were the ones saving the situation in crisis: By helping the animals we are helping people as well

By pointing out the important issues and suffering of the animals in the areas affected by the earthquake, organization Animal Friends Croatia has contacted the State Inspectorate, requesting that they immediately organize an inspection around all affected houses by the veterinary inspection, to check the conditions of dogs, cats, and other animals. Furthermore, they wrote to the Ministry of agriculture, appealing for financial and logistics help of the ministry, for castration of cats and dogs, financing microchipping and vaccination of dogs, and temporary care of these animals, until their caregivers are able to care for them again. Animal Friends Croatia confirm that as always after natural disasters, the government's help was either late or not present at all, and the situation was solved by nonprofit organizations and individuals, that came to affected areas immediately to help people and feed the starved and abandoned animals, and save the ones that were in the worst conditions.

This tragedy has shown how hard it is not only for people living in this area but for the animals as well. Bad living conditions for the animals, many animals not castrated, neglected puppies and kittens only show that local communities ignore the law and avoid controlling microchipping the dogs and castrating abandoned dogs and cats. “The situation found in the field, especially in villages, is utterly shocking and only shows long-term bad treatment of animals and neglect of Animal Protection act. What is encouraging is that there are some people treating animals like members of the family, and taking care of them even in the toughest situations. On the other hand, it is devastating seeing neglected and abandoned dogs tied up in ruins to die in horrible pain, while rescue dogs are saving people from the ruins. Dogs are regularly tied on a chain, in cold weather, snow, and rain, in the mud without shelter, or ruined and damaged dog houses.

Cows, pigs, and other animals are waiting for help in half-ruined barns, covered with mud and water and their feces up to their knees while ill animals die of cold and neglect. They are left to aftershocks that can completely destroy their barns. The situation is terrible for everyone.”, says desperate Animal Friends Croatia.

They also say that the organizations have found a lot of forgotten animals whom this misfortune has saved and gave an opportunity for a better life, similarly to the floods in Gunja. There are a lot of animals left in chains without any food and water for whom nobody requested help, but were found by the volunteers by accident during their tour around the damaged areas for providing donations. We requested that the veterinary inspection visits all households affected by the earthquake and organize veterinary and any other help required for the animals, pregnant, abandoned, and hungry dogs and kittens, left to their own suffering.

Since the veterinary inspection did not provide any support in the field, the individual activists are trying to help however they can when they find an animal in trouble.

Animal Friends Croatia state that they update all the relevant information for those who need or want to provide help on their website, and they are trying to inform the public about everyone in need and the type of help required for them. Furthermore, they have been emphasizing on multiple social networks that dogs should not be impatiently released from their chains, to avoid any attacks, car accidents, or creating uncontrolled animal packs. The animals that are taken care of temporarily should be recorded in the database on the website www.suza.hr and reported to shelters so that they could be registered to the Unique information center.

The organizations, shelters, and individuals are making great efforts to help all the animals by health treatment and temporary or permanent accommodation: “Up to now, one hundred tons of food have been delivered for the animals. The expenses are very large and will grow in the upcoming months. By helping the animals, the organizations are helping people too. Local communities are obliged by law to educate people, to visit all households, and control microchipping of dogs, and it is evident that they have not done any of it. The veterinarians say that a lot of dogs are not microchipped nor vaccinated, and were brought will old and untreated fractures. We all must unite so that the situation for people and animals as well improves in the entire country”.

“Even though we have good examples of law enforcement in Croatia, this situation shows that such bad results would be present in other parts of the country as well. Therefore it is necessary to control regularly if the local communities are operating according to the law so that problems would not culminate only when natural disasters arise, which are in themselves destructive for everyone”, concludes Animal Friends Croatia. 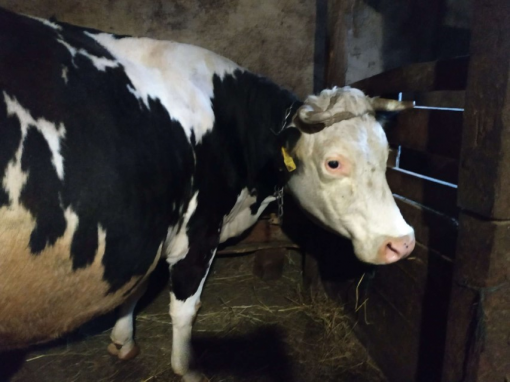